This is my new Birmingham tunic made using V9193 from Marcy Tilton, again. 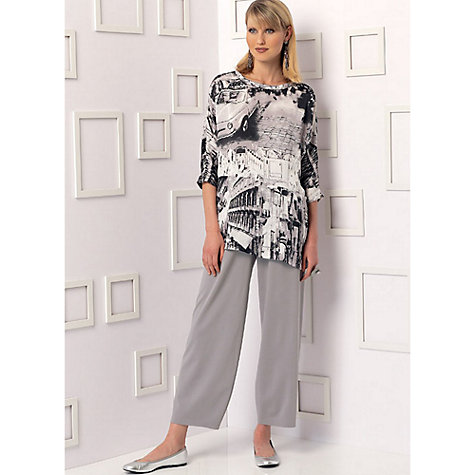 No, that’s not me! That’s Marcy’s model

So why is it a Birmingham tunic? I have never quite understood why the Birmingham assay mark should be an anchor when we are about as far away from the sea as you can be in the UK. There is a story about two cities, Edinburgh and Birmingham, who applied for assay symbols at the same time. Edinburgh got the castle symbol, leaving Birmingham with the anchor.

To add to this, in my youth, about 20 years ago, I was part of the Birmingham Junior Chamber of Commerce, and when we hosted our twin Chambers from across Europe, we bought necklaces for the visitors, from the Jewellry Quarter Discovery Centre. Here’s mine.

Now you begin to see why I bought the fabric and why it is my Birmingham tunic.

I had made the tunic within 24 hours of getting the fabric home from Sewing for Pleasure. The fabric is from Girl Charlee and for the first time, I was able to touch before buying. I have had some difficulties with some Girl Charlee fabric, although that might be because I have line dried it after washing, and that totally mis-shapes it! I tumble dried this. It also helps that the pattern is cut from a single layer, so I was able to line up centres, squares and grains on parts of the anchors. I thought I had found a fool-proof set of rules for lining up everything, but it was only after I had finished cutting that I realised that there are two squares to mark, which would impact my theory of lining up….. Given the irregular shapes, I am still trying to work out whether I could have ever got everything to flow across the garment. Let’s assume not! Anyway, the back has an interesting winding connection of anchors, which wasn’t intended.

Winding anchors at the back!

But I don’t think that the lower front seam would have ever lined up. I have anchors all the way down the front, and they pretty much flow around the pocket, where one of the square marks is. So at least the theory partly worked!

Neatly lined up at the pocket

Now I need some blue linen trousers from the same pattern. I wore the black ones so much last year. They appear briefly in this post about the first V9193 tunic that I made.