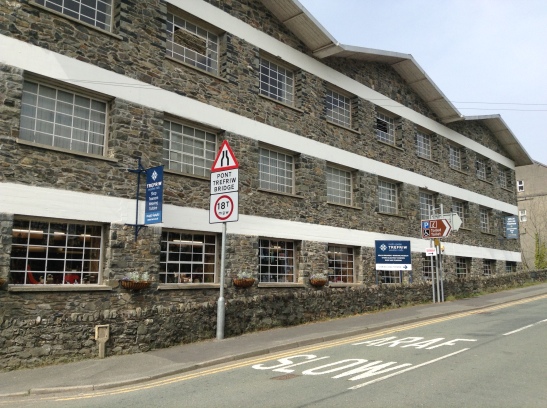 I was out walking in Wales over Easter. I wanted to search out a Welsh woollen mill that was still operational. There aren’t many of them. I recall buying some Welsh wool from Meirrion Mills when I was a teenager, and I still have a waist coat which I made with the fabric. At least my parents bought me some Welsh wool. I wonder if it was as comparatively expensive then as it is now?

I had to make a fairly significant detour to find an operational mill, but boy, was it good when I got there? Everything I had hoped for including a personal question session with the weaver and a bit of a chat with the owner, Elaine Williams (and her brother).

If you are ever near Trefriw in the Conwy Valley, go there! Here’s a link.

The only sad part about it is that the wool doesn’t come from Wales. It is imported all the way from Australia, New Zealand and generally sheep on the other side of the planet. But the rest happens at Trefriw.

Where to start? They have 50 year old machinery to carry out all of the preparation and weaving processes. It all works, although it is used on demand, so there may only be weaving happening if you visit. The carding machine was operating whilst I was there, as well as weaving. 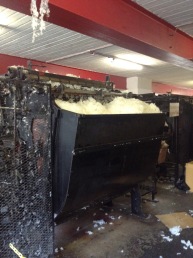 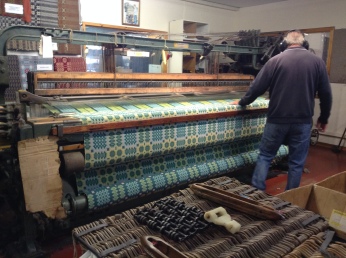 They weave tapestry, as the specialist Welsh product is described. The best seller is in the form of bedspreads. With constant stops to trim ends and refill shuttles, it takes about 50 minutes to weave a bedspread. But longer if a visitor is asking the weaver lots of questions! I pretty much saw a whole bedspread being woven, and tempting though it was to buy one, I don’t need a new bedspread….. And they are quite expensive. 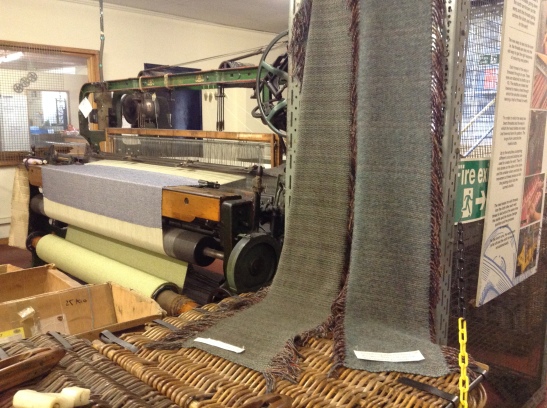 They also weave tweed. Although not when I was there. However, it struck me that tweed would be more wearable, and have no pattern matching issues. And at £56 per metre, you don’t want pattern matching issues! So after much contemplation on the fact that sometimes handmade clothes can cost more than you might have paid in the shops, I bought sufficient for a relatively simple coat. I will make it in the late summer / autumn. It will last my life time, like the 70’s waist coat, although that has been too small for sometime now.

The mill uses a water driven turbine for power, utilising the local fast flowing stream. It has been in the same family since 1859, and only sells through the quite extensive shop, with a few products online. You can request samples of other products, such as the tweed. Tweeds are woven in relatively short runs before the weft thread is changed and a slightly different hew emerges. Which is great if you are looking for a ‘uniqueness’ factor, but not so good if I didn’t buy enough, or make a mistake and need some more. Tough! I need to take great care when sewing…… 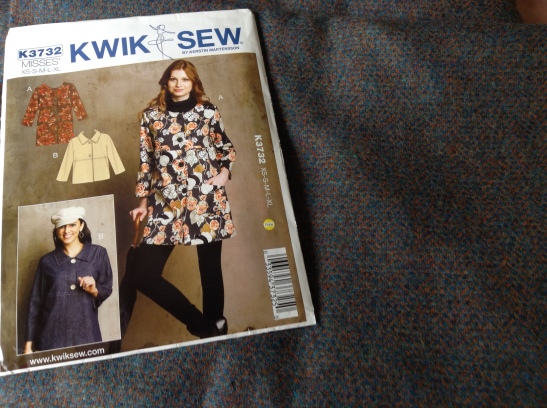