Me Made May makes me think about my wardrobe – which gives me plenty to think about. The weather has been quite varied during the month, meaning that I have worn quite a wide range of clothes; not just the middle ground, long sleeved t-shirts maybe with the occasional cardigan.

Although here is my packing for a mid May weekend away. Long sleeved t-shirts and blouses, accompanied by a mid weight ponta roma jacket! 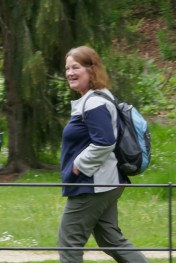 During the month I have worn 50 different Me Made garments, with far fewer purchased garments. 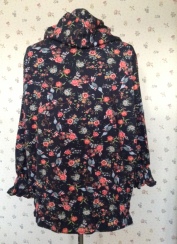 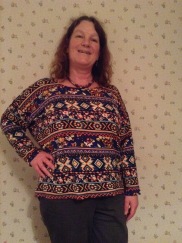 If anything there has been a leaning towards older garments, rather than diving straight into wearing new ones. Some, I noted, were even ‘pre-overlocker’, and despite a lack of seam finishes, they have lasted well. For example…  and the blue top, bottom left above.

It’s taken me a while, but I am shifting towards independent pattern providers. I think its because its easier to make and adjust, adjustments when using thicker, higher quality paper as a base for my traced tissue pattern. And if I get it wrong, I can re-trace. I’ve been buying Marcy Tilton for some time, and have a number of Katherine Tilton patterns as well (OK, they are Vogue or Butterick, but I trust the sizing from experience). If you follow my blog, you will know that I have recently bought and made a number of Maker’s Atelier patterns. The shapes are fairly basic, and therefore relatively easy to grade between sizes, without having to adjust multiple pattern pieces. Whilst the fit is generally relaxed, actually, that works for me. There was more than one day when I was wearing Marcy Tilton with Maker’s Atelier. That Maker’s Atelier pencil skirt is sooo versatile!

In additional, every night’s sleep wear has been Me Made. In fact, I think I have worn everything except my very warmest and very coolest night wear during the month. 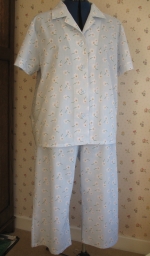 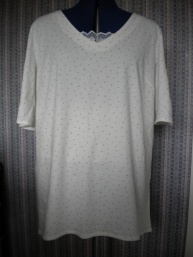 My most worn pattern, which didn’t surprise me, was my various forms of Grainline Lark t-shirt. The Panda night dress above is derived from Lark, as is a recently made t-shirt and shorts combo, for mid season sleeping. A pattern that I didn’t know that I needed until after I had bought it. (Actually, just realised that I am wearing a version of Lark now.)

Second most worn pattern  was McCalls 7629, a basic button front blouse. I have three, and I wore them all; two short sleeved and one long sleeved. They are so easy to wear and versatile in terms of working with other garments. 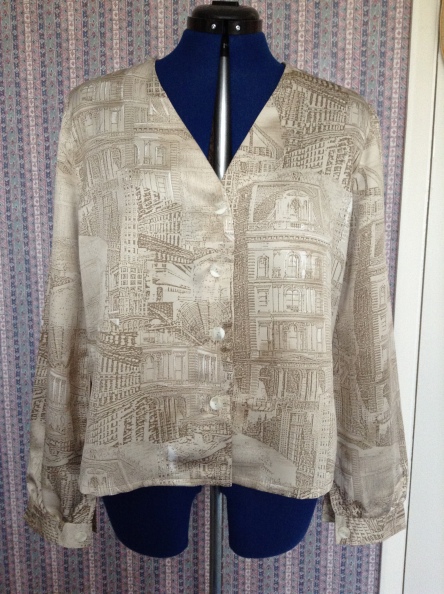 I was surprised that I wore my Coco sweatshirt. I’ve never liked it, but it proved to be the right weight for a chilly spring day. I call it my Star Trek jumper, and I don’t like the idea of a Star Trek jumper. Poor choice of fabric. As a result it got a reprieve from the charity shop bag. 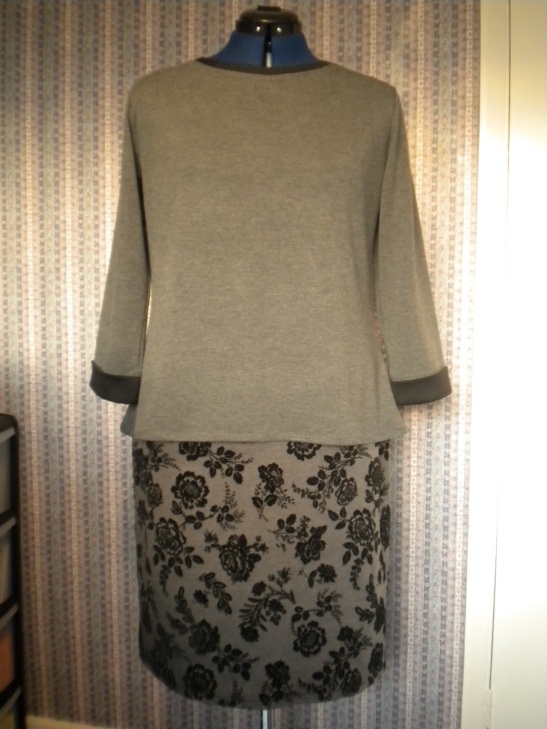 It’s taken me a while to post this. I had some problems with WordPress – one or two hours of update time wasted. Not good. I hope this posts OK and that you enjoy it as much as I enjoy Me Made May.